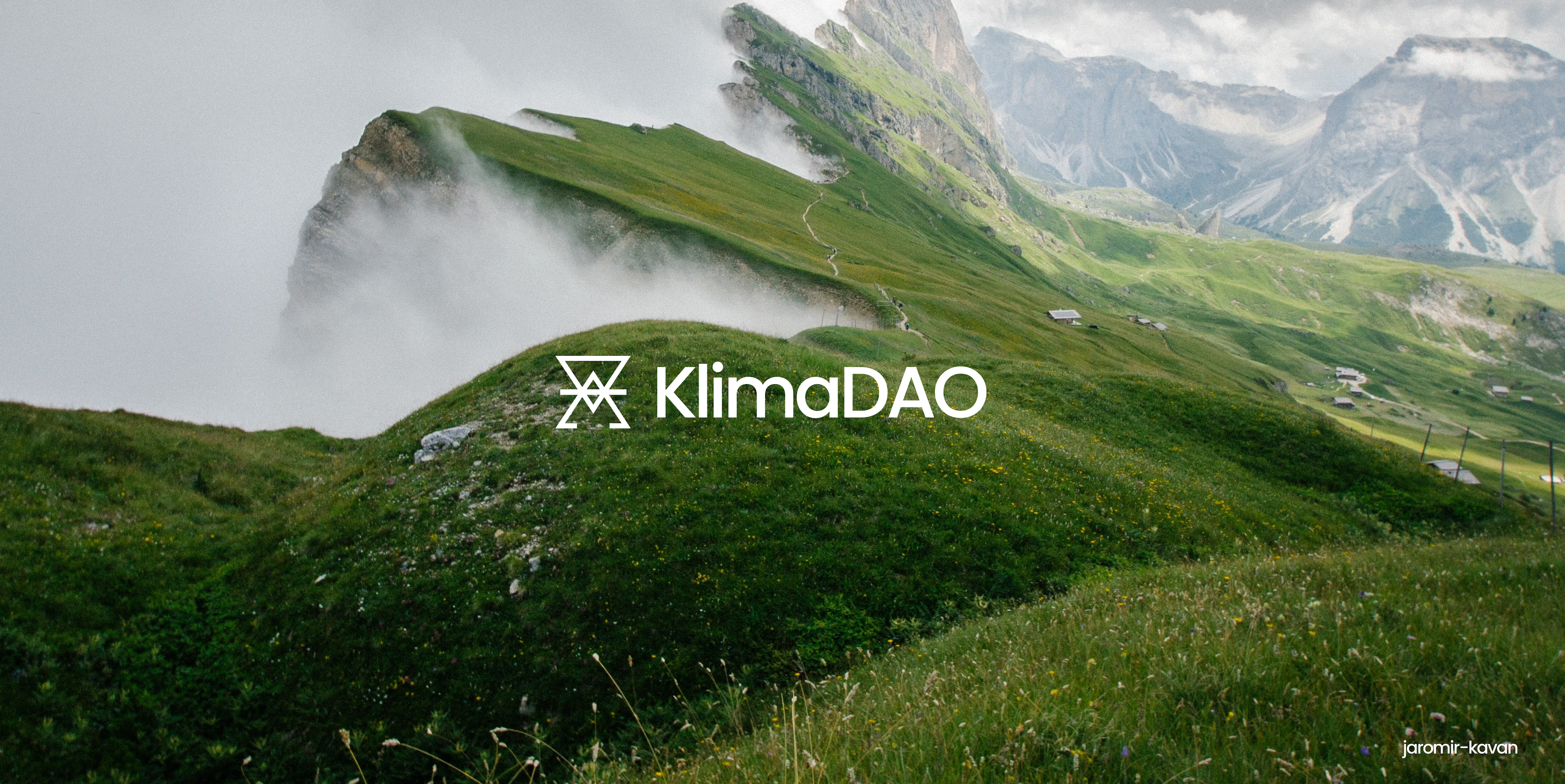 The role, mechanics, and impact of inverse bonds

The role of inverse bonds

KlimaDAO’s primary goal is to drive forward the Voluntary Carbon Market to ensure it can play its role in closing the emissions gap. This is primarily achieved by creating negotiability for carbon tokens on the blockchain. The KLIMA token itself plays a significant role in achieving this goal; the token has an intrinsic value itself based on the carbon tokens in the KlimaDAO treasury that back it. In addition, it is one of the key tools that enables negotiability by providing one side of the tokenized carbon pools hosted on SushiSwap.

To deliver on its goal, the KLIMA token needs to grow its ecosystem and its stability. At the protocol level, a number of proposals have been accepted and implemented to help deliver stability to the protocol, which include changes to the Annualized KLIMA Rewards (AKR) and policy variables. In February, KlimaDAO also ratified KIP-12: Inverse Bonds as a tool to defend the backing value of the KLIMA token. At the product level, a variety of new releases have been delivered and scheduled to make the market more accessible.

During times in which the market does not respect the underlying value of the KlimaDAO treasury, the protocol can issue inverse bonds, which allow participants to exchange KLIMA for assets held in the treasury. The KLIMA provided to the treasury are burnt, reducing the supply and providing the assurance that the backing value of KLIMA tokens will be defended.

Similar to regular bonds, the discount that a user obtains on an inverse bond is not determined by the DAO but rather by market demand. While conventional bonds increase the rate of dilution of KLIMA over time, and are adjusted based on market conditions, the opposite  is true for inverse bonds: when KLIMA is below intrinsic value (IV), then they reduce dilution. This means that inverse bonds are most effective at defending KLIMA backing value when KLIMA is valued below IV, and that the introduction and impact of inverse bonds will be incremental, with capacity adjustable by the Policy Team just like regular (a.k.a. external) bonds.

The intention of implementing mechanisms such as inverse bonds, as trialed by OlympusDAO, is to reduce the impact of market volatility and to demonstrate that protocols are prepared to stand behind their backing value, even during challenging periods. Without these mechanisms, the market can stay irrational and a token can persistently trade below backing value.

Bonding captures demand for KLIMA when in excess in the form of additional reserves, while inverse bonds generate demand for KLIMA when in absence by utilizing those reserves. This is in line with KlimaDAO’s objective of building long-term confidence in the on-chain carbon ecosystem, since these counterbalancing forces provide stability and predictability for the medium of exchange (the KLIMA token) relative to the value of the carbon tokens backing it.

At times where KLIMA has traded below CC, KlimaDAO has implemented its primary policy tools by adjusting bond and AKR variables. However, in more challenging conditions, KLIMA’s value may drop below IV. It is at this point where the DAO would activate inverse bonding with carbon reserves.

As an example of USDC inverse bonds, instead of trading in the KLIMA/USDC pool and suffering slippage as well as trading fees, KLIMA holders looking to exit could exchange KLIMA directly with the protocol for USDC at a dynamic discount rate dictated by capacity and demand (for example, assuming 100 KLIMA trades for 550 USDC on SushiSwap, 100 KLIMA bonds for 561 USDC via inverse bonding, capturing a 2% discount).

Unlike normal (external) bonds, which have a five-day vesting period, there is no vesting period for inverse bonds – the bond payout is distributed in the same transaction as the bond is issued.

Impact on the on-chain carbon market

As we point out in our documentation on strategies for defending backing value, unlike the normal Olympus mechanics, it is not advantageous for KlimaDAO to inverse bond carbon between CC/KLIMA and IV because of the unique role of our treasury in the on-chain carbon market.

Whereas the impact of Olympus releasing DAI reserves from the treasury is relatively small because the market for DAI is large enough outside of Olympus to absorb the selling pressure without depegging, KlimaDAO’s treasury is the single largest holder of tokenized carbon. This raises concerns that inverse bonding carbon to defend KLIMA’s backing value could negatively impact the on-chain carbon ecosystem.

However, since inverse bond capacity is controlled by a BCV parameter on the inverse bond contract just like normal (external) bonds, properly managed inverse bonds result in a series of small swaps over an extended period of time, rather than a single large swap as a naive analysis might assume. As long as the size of each inverse bond is small relative to the size of the automated market maker (AMM) pools, the impact on tokenized carbon’s value is manageable because of the non-linear equation that AMMs like SushiSwap use to calculate slippage. Small swaps result in near-zero slippage, while large trades over a certain size relative to the size of the pool result in huge slippage.

The relevant example for inverse bonding carbon is that the treasury is effectively handing out BCT for KLIMA at a discount. The implication behind the concern about inverse bonding’s impact is that the bonder receiving BCT will immediately dump that tokenized carbon for a stablecoin like USDC.

For example, swapping up to 1,000 BCT for USDC results in a barely detectable change in relative value, in the form of slippage of less than 0.4%:

This tipping point size scales with the size of the AMM pool. But the point is: while an equal amount of tokens flowing into one side of a liquidity pool will ultimately result in the same relative value eventually, a single swap that is large relative to the size of the pool will introduce massive changes in relative value all at once, whereas a series of small swaps spread over a long period gives the ecosystem time to react to the gradually changing relative value.

To demonstrate the ability to defend backing value and collect data on the impact of a certain amount of inverse bonding – without disrupting the on-chain carbon markets by inverse bonding above IV – KlimaDAO will experiment with inverse bonds above IV using limited amounts of treasury USDC obtained during dissolution of the deprecated BCT/USDC liquidity pool tokens (a process started in KIP-13).

The KlimaDAO Policy Team remains committed to inverse bonding carbon reserves when KLIMA is below IV. If KLIMA were to move below IV before the initial USDC experiment concludes, inverse bonding with carbon would commence after the initial USDC inverse bond experiment has been completed. But in the current state as at the time of writing (i.e. when KLIMA is valued between CC/KLIMA and IV), the Policy Team simply aims to demonstrate with this limited-scope USDC experiment that the treasury stands ready to defend the backing value of KLIMA with its reserves via inverse bonds.